Has WordPress had its day?

I never thought I would say this just a few years ago... but has WordPress had its day, or does it have a long-term future without a major overhaul?

If you would have asked me back in 2016, I would have said "what planet have you been living on!" - do you know how many websites and studios are using WordPress by default. Do you know how popular and versatile it is, with all its 52,000+ mostly free plugins which allow you to do everything under the sun. I would have even told other developers that using the WordPress built in functionality, they could expand it to do amazing things.

But over the last few years I have worked with several companies using WordPress and unfortunately had ongoing problems with its limitations such as conflicting plugins and more recently the issues of upgrading to php 7. Some websites have even had more complicated requirements which have made me question the integration of an MVC such as Laravel or CodeIgniter to take it to the next level - to the point where the difficulty and time involved going between the two has meant it’s been easier to start from scratch using an MVC.

It really... really... hurts me to say this, because of both the good times I have had with using it and sadly because I have read the following so many times before and completely ignored it as a joke!... but the sad fact is that WordPress was made for being a blog/page CMS and not for big e-commerce websites or any other big complicated applications. Anybody with php and MVC development experience would look under the hood and be able to tell the coding is showing its age, plus the database structure for saving/updating data is messy and the queries can be bulky and slow (i.e. needs to integrate ORM).

So while I wouldn't go so far as to say the current version of WordPress has had its day, it needs to look to the future. At the moment in my eyes it has a certain target market where it works really well:-

So 'Yes' I once enjoyed what WordPress could do for blogging and the ease in which it could be done. 'Yes' it can be customised to do more complicated applications than its default setup... but sadly it can only go so far and when the websites get big it struggles.

For me to be happy about the future of WordPress I would ask the WordPress community of developers to make the brave choice and start to develop a new WordPress CMS from scratch, which I know is a lot easier said than done due to several things such as the complicated migrating of the older versions, the time it would involve and more importantly due to its popularity, the vast number and varieties of websites that would need changing plus plugins etc.

What made WordPress popular back in the day?

In fact from my experience one thing which helped make WordPress more popular than the number one hottest CMS of the time - Joomla, was down to the brave move that the Joomla developers made to update their CMS from 1.5 to 1.6 back in 2011 - which on the face of it sounded simple enough but turned out to be a complete overhaul, more like a migration than an update. And many studios compared the time over cost for updating and decided to turn to WordPress (which at the same time had been given a serious admin interface makeover) and so moved away from Joomla for all new and existing websites.

Perhaps this is something which holds back WordPress from migrating? if they were to update... would it loose its popularity like Joomla did?

Just one of my thoughts of the day.

I am adding some new content to this old article with my thoughts on the new major WordPress 5+ update called Gutenberg (block based content editing). I am unsure if this is a knee-jerk reaction to the popular blogging platforms such as Wix, Square Space, Medium, and Hubspot.

But I have a feeling this could be a bad decision and have a major effect on the WordPress market share. Don't get me wrong, change can be a good thing but this could be a decision based on trend rather than need. As I have mentioned earlier in this article, I think changes should be made under the hood not backend UI in my opinion... and the sad part is actual front-end users are saying the same.

They should really make a push to bump the minimum PHP version supported to 7.1 and force change in the codebase - this is where I believe it's really needed (with lots of other developers around the world thinking the same).

Is Gutenberg going to be the End or a New Beginning for WordPress? We shall see. 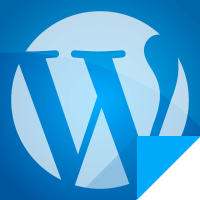 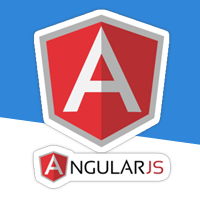 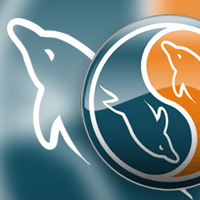