IE6 should it no longer be supported?

I am sure anybody who has to work with websites whether developer, designer, Windows or Mac dreads the following statement...

It has to be Internet Explorer 6 compatible!

Like you I know this usually means doubling or tripling the normal working time on any website project. All known rules which should apply to CSS and all other browsers have no relevance. Therefore the use of the term of...

It has to be W3C compliant

... again has no relevance when bringing in Internet Explorer 6 into the equation.

This is a minor rant and rave by me (and probably most of the world) disliking of IE6. But also more a few words on how most studios I am working with these days are no longer asking for the...

It has to be Internet Explorer 6 compliant!

Which to anybody is a breath of fresh air. Some people argue the case for and against... each justified in their own way. But my argument and reasons for ignoring IE6 these days, is based mainly around a lot of the visitors browser results I have been viewing over the last few years.

Yes there are a few... and I mean a VERY few IE6 appearing which would argue the case for keeping IE6 integration. But when I check most of these results in more detail a lot of the IE6 turn out to be search engines going under the guise of IE6.

Maybe I am wrong but most search engines don't care about the layout of the pages regarding CSS. And the ones that do for preview reasons, are compliant with most CSS rules of layout.

But getting back to the point, search engines care about actual word and image content. Also take a look at other leaders in the market google and youtube. They ditched IE6 compatibility a long time ago, also think about the first thing people use to find your website is via the likes of google.

I know myself that if we keep IE6 in mind for every website that gets created, we will also be holding back the progress of website development and design. Surely that is argument enough. A lot of clients want all the creativity that mobile devices and modern browsers offer. I am not saying there are no issues related to other browsers but most of these usually turn out to be minor CSS issues which are corrected relatively easily... unlike IE6!!! Also think about the websites you will be creating that are IE6 compliant which will eventually need to be updated at some point. You are creating double the work!!!

Trying to make a case for ignoring IE6 for good!

20 of the Best Web Font icons 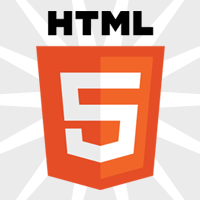 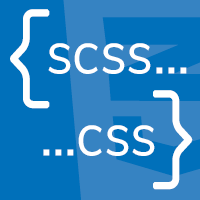 SCSS what are mixins, extends and placeholders